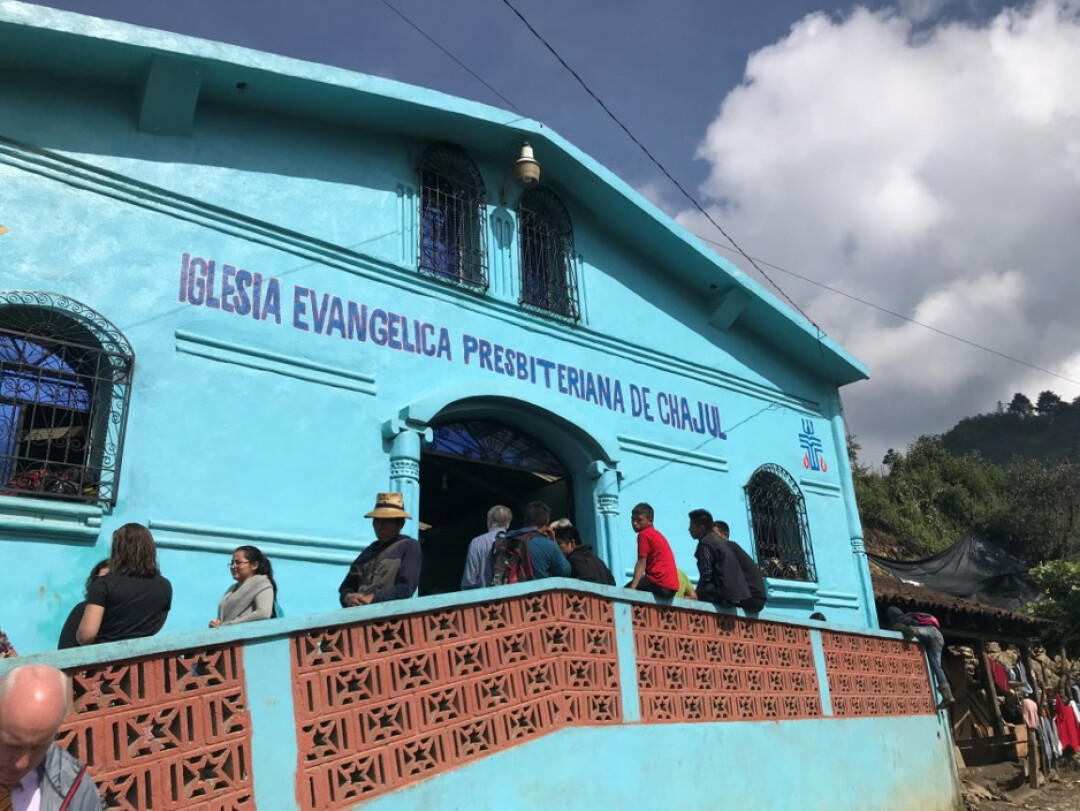 In 2012 a group of nine church members went on the initial mission trip to Guatemala. The 2012 trip was an exploratory venture. We were looking for a Central American location to engage in mission work. We’d contacted Philip Beisswenger, a Presbyterian missionary in Guatemala, who led us to Chajul where a new Presbyterian church had been recently founded. The group was overwhelmed by the friendliness of the people and the obvious need. Together with the Central Presbyterian Church in Guatemala City, which had started the Chajul church, we have developed a very fruitful partnership. 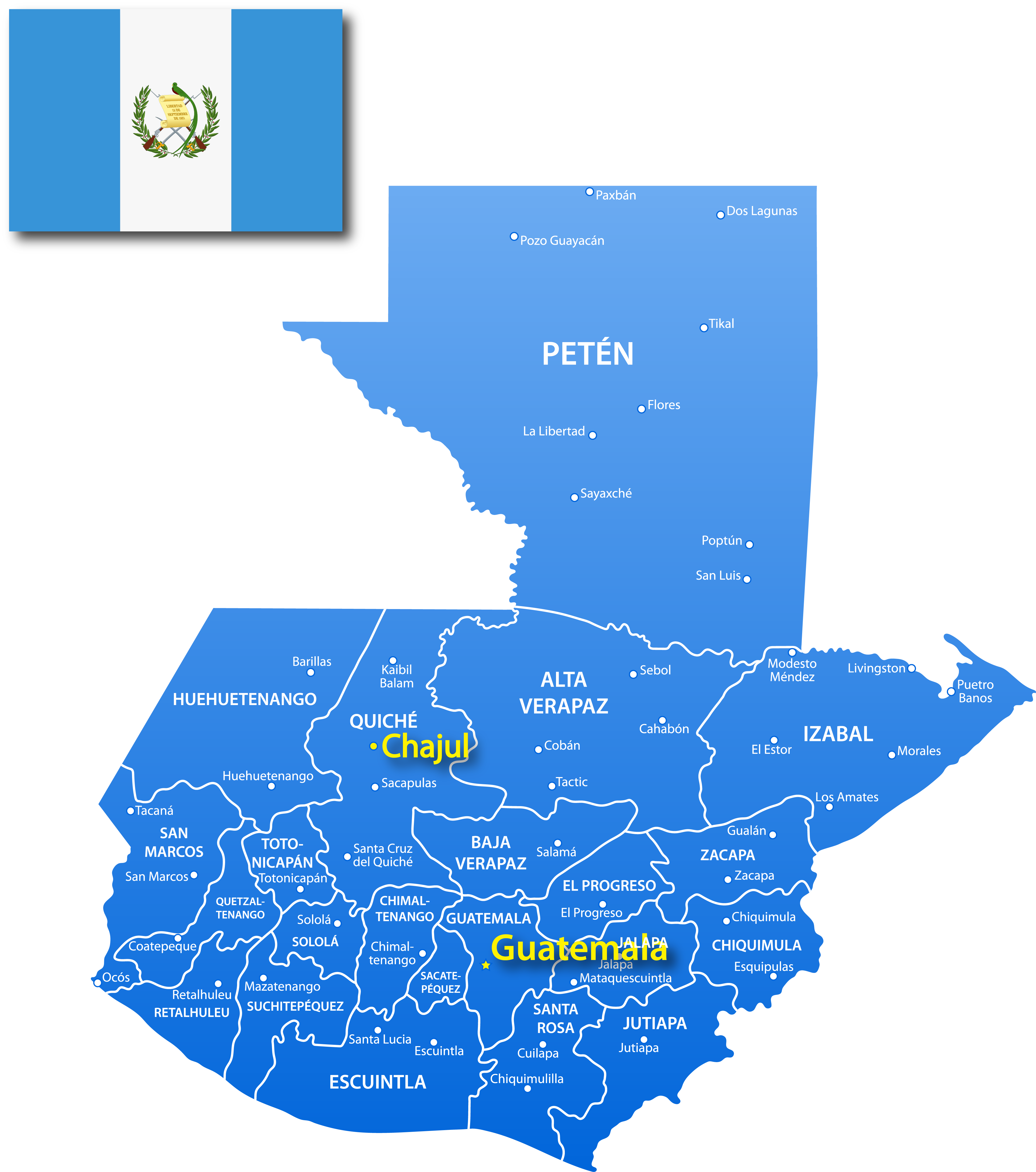 Chajul is in Quiche’ province, the Guatemalan province closest to Mexico. The terrain is mountainous and the eight-hour drive from Guatemala City includes many switchbacks. The inhabitants of Chajul are Ixil Indians, descendants of the Mayans. They speak the Ixil language as well as a little Spanish. The town of over 20,000 residents contains many farmers. Any morning you can see the men, and sometimes the boys, heading out to the fields. The more well-to-do farmers grow coffee, but most are subsistence farmers who grow corn. Some of the farmers are taking their horses or mules with them (the animals live in their front yards at night), but most of them do not have animals. The literacy rate is low as is the average income of only a few dollars per day. 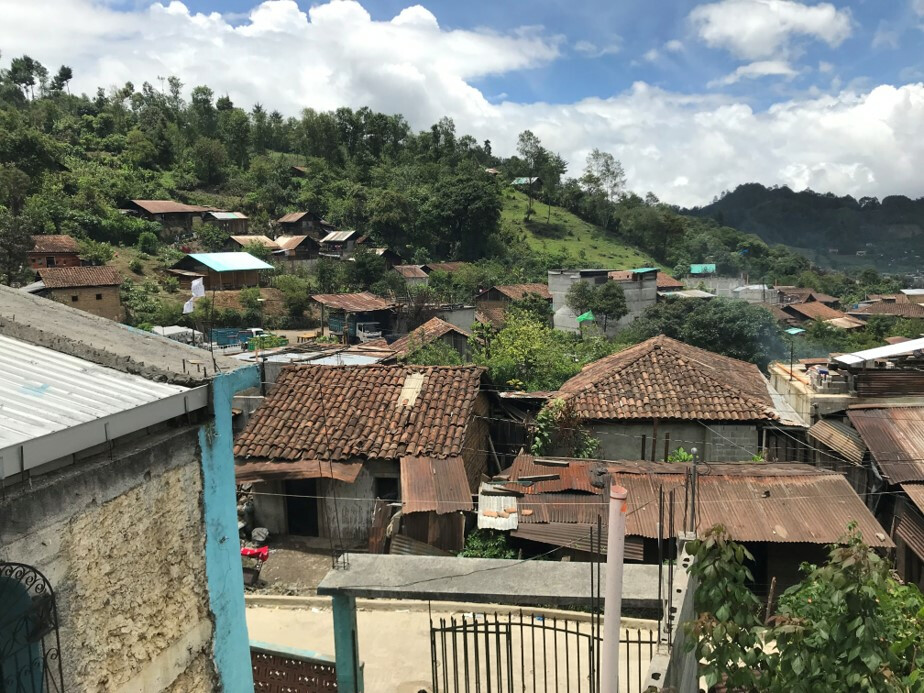 Essentially Chajul is built on the side of a hill. It is organized around a central square that features a large Catholic church. It looks a little like the Catholics built on the only flat place in town. A few of the buildings are made of cement blocks or the native stone, but most of the houses are either adobe or wood. The town is electrified and there is running water. The streets in the central part of town are paved. Houses in the outskirts are on dirt roads or dirt paths. Most of the houses have one or two rooms and are heated by an open fire in the middle of the largest room. Cooking is done over the fire. Living in this smoky environment takes a heavy toll on the resident’s health.

When the group arrived in 2012 the Presbyterian Church was meeting in a wooden structure which enclosed the front yard of the pastor’s house. We were greeted by a welcome service. Right off the bat, several things impressed us. First, with few exceptions, men sat on one side of the sanctuary and women sat on the other. Second, there were children everywhere. Third, the praise band was loud. Fourth, communication wasn’t going to be easy. Philip would say something in English, translate it into Spanish, and finally Juan, one of the church members, would translate the Spanish into Ixil for the congregation. Any response had to use the ponderous tri-lingual process. 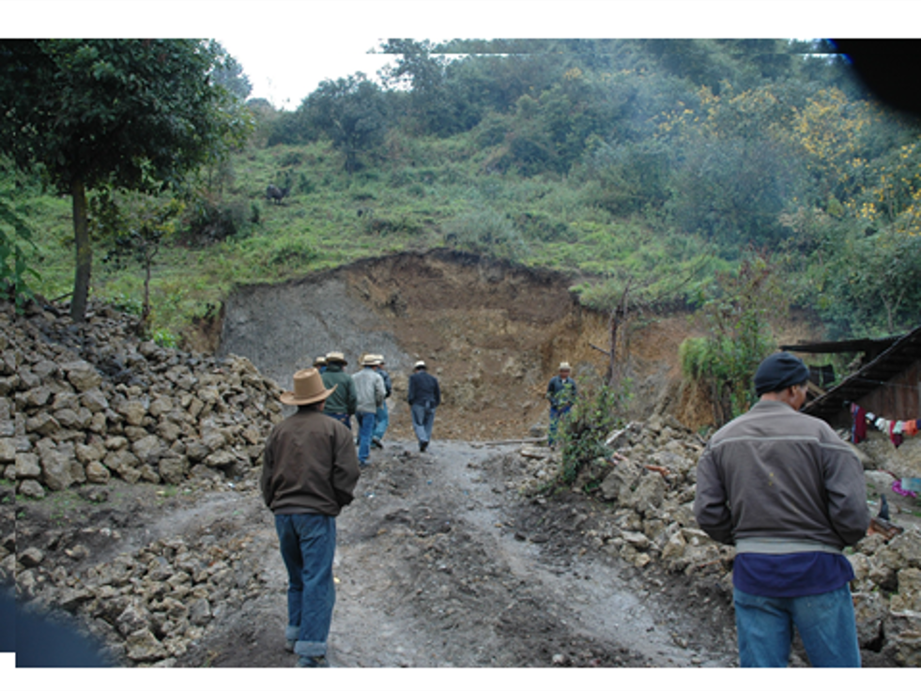 The first project the Chajul Church wanted to embark on was the construction of a permanent church building. The 2012 group saw the site they proposed to use. It looked impossibly steep—not a flat building site at all. With the help of the Central Church, they purchased the land. Next, they dug out a flat place for the church structure using short-handled hoes and baskets. In the summer of 2013, a group of youth from Williamsburg helped dig the foundation for the church and were there for the laying of the cornerstone. In 2014 another mission trip helped finish the building to allow the dedication of the church followed by parade through town with the Williamsburg delegation joyfully in tow. The building is made primarily of cement and the local stone harvested from the part of the hill they had to dig out to create the building site. The front has been stuccoed and painted turquoise. 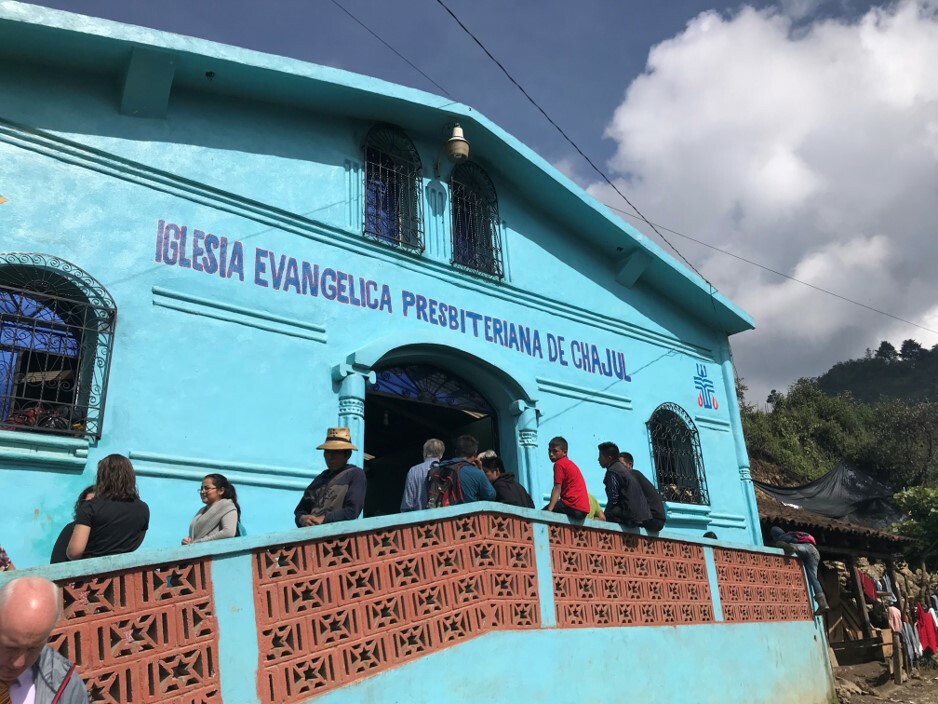 After the building celebration, we had a meeting with the elders to ask them what they wanted to do next. It was unanimous. They wanted their children to get an education. Several of the elders told us they were illiterate, and they didn’t want that for their children. We were eager to help. In consultation with the Central Church, we devised a three-pronged approach. First, since most student’s education stopped at the fourth or fifth grade, we provided scholarships for middle school students to attend the Methodist school in Chajul and a few high school students who went to Coban to attend a Presbyterian high school. The Williamsburg women’s circles were important donors providing several scholarships. Second, we arranged for a tutor to aid the students, many of whom had been out of school for several years. Third, we took computers for the students to use and provided funds for the tutor to get internet access. On being gifted these computers, several normally stoic church elders broke into tears as they understood the opportunity being given their children. 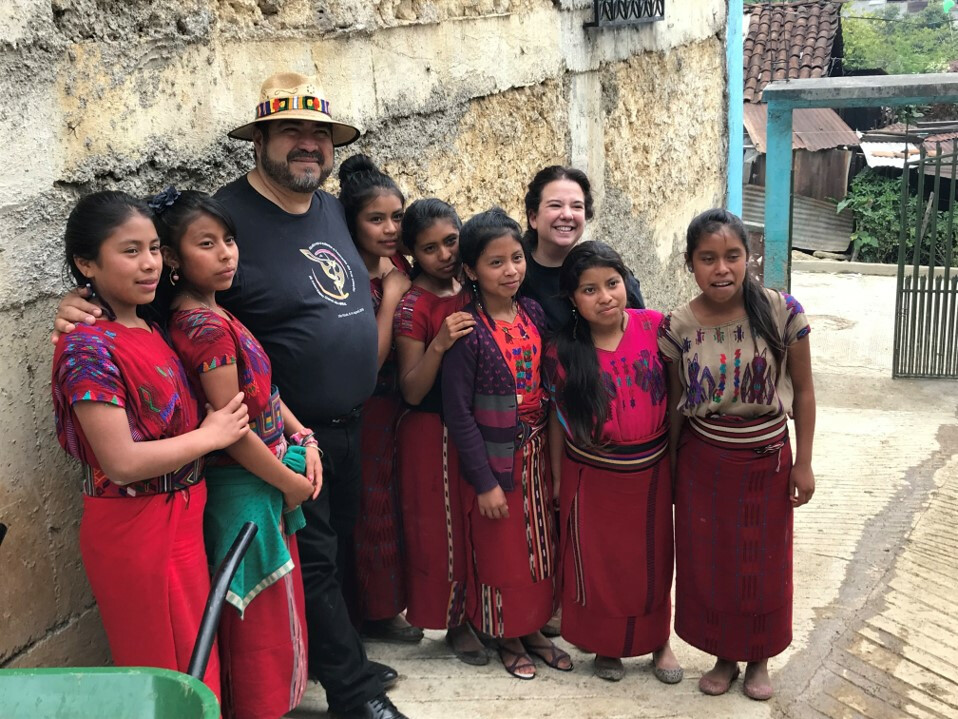 Soon after we started to provide more educational opportunities, the Chajul church started building an education building adjacent to the new sanctuary. This building eventually housed both Sunday school classes and the tutoring operation. We have continued to bring computers, and the tutoring center became very well equipped. Unfortunately, three or four years ago, the Methodist church and the Methodist school had a falling out of some kind, which led to the closing of the school. The Chajul church shifted the scholarship students to another school in town, but they were not pleased with the results. This led to the idea that the church should sponsor a school of its own. 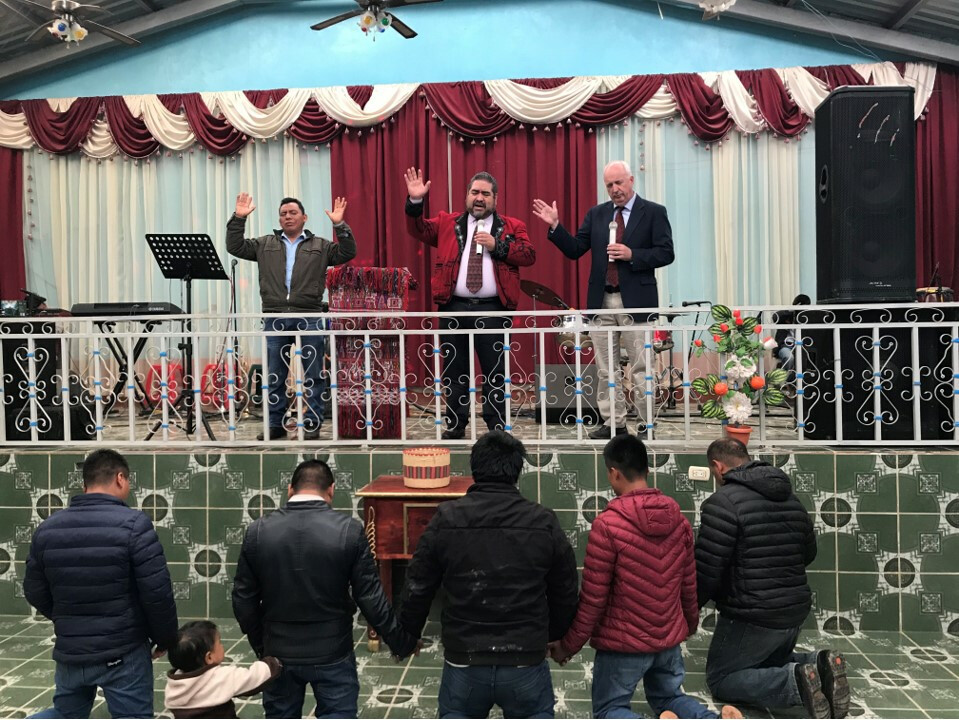 Starting a school in Guatemala is not easy. There is a great deal of government red tape, and the Chajul church did not have enough physical space for the school. With the help of the Central church, the people in Chajul started the government paperwork, and with their own labor, assisted by a couple of our mission trips, they expanded the education building by adding a second floor. By the skin of their teeth, they obtained the required government approvals and finished enough of the building to open for their first class of ten seventh graders in 2020. Three members of our church and a  whole flock of people from Central Church were in Chajul for the dedication of the Colegio Evangelico Presbiteriano Williamsburg Central. In spite of the outbreak of Covid, during which the teachers went to the student’s houses so they could continue their lessons, the school has grown considerably. They will be able to teach all three middle school grades in 2022 and anticipate an enrollment of over fifty students. 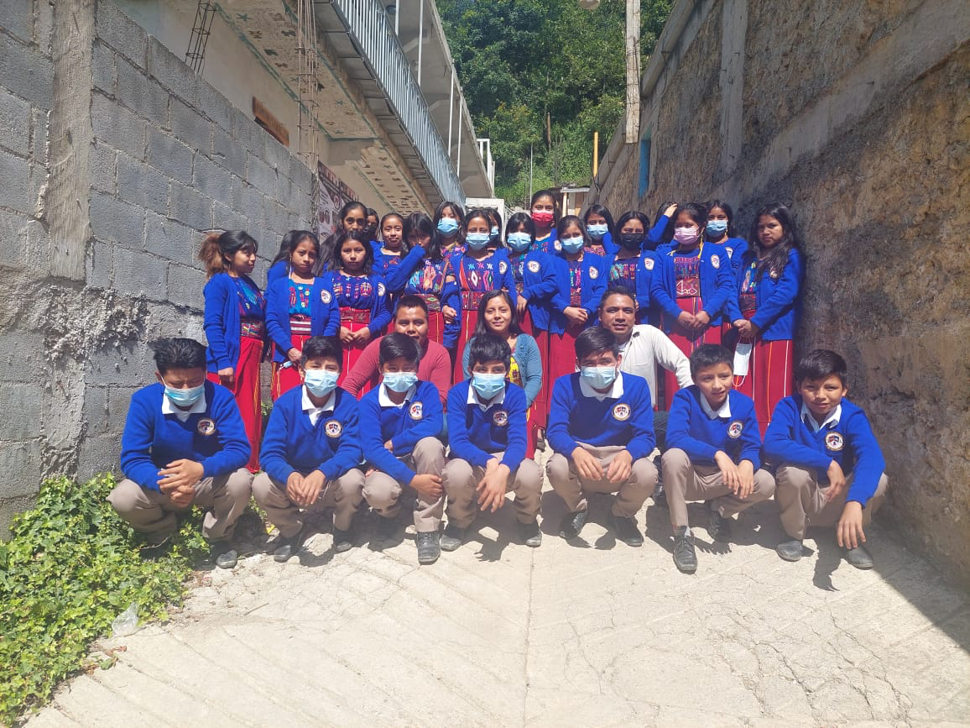 Another important part of our aid to the Chajul church has been funds for transportation for church leaders to attend short sessions of theological education in Coban, which is a six-hour drive from Chajul. The Chajul pastor Miguel Ramirez, who is a farmer and a skilled carpenter, attended faithfully for several years. In 2019 he passed the ordination exam and became an ordained pastor. The church no longer needs to wait for Philip or one of the Central church pastors to be there to serve communion or to perform baptisms.

It would be difficult to describe just how hard the church members in Chajul work. They are numerous, but two stand out. Miguel Ramirez, the pastor, supervises all of the building projects as well as running the church. Elder Elmer Juan Moe (Juan the translator during our first visit) acted as tutor when they were sending students to other schools. During that time, he finished his education and became a licensed teacher. He is both the Colegio’s principal and one of its teachers. There are an army of women who are the backbone of the church, but around us at least, they are quite shy, so we cannot give names. Unfortunately, the Chajul church does not have any women elders. We are trying to model more inclusiveness. Each of the pastors who have come on mission trips from our church have been women, and when we have helped serve communion, women elders from our church have participated. 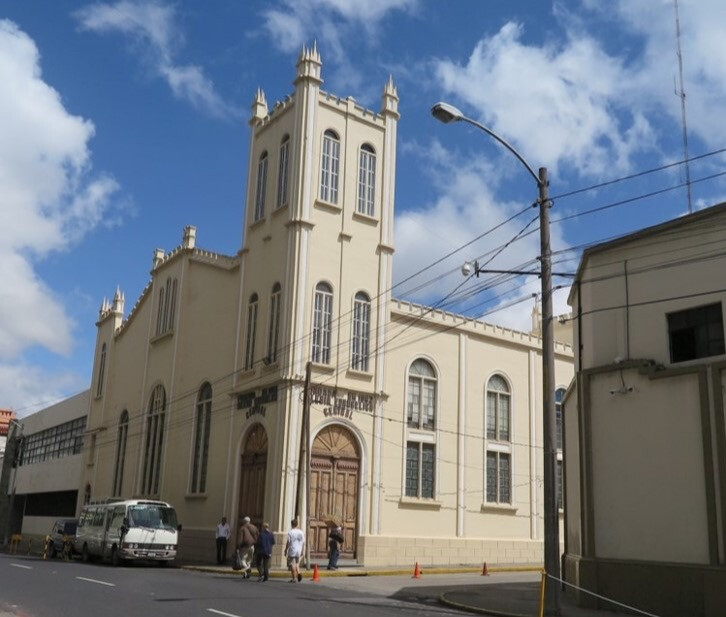 The Central Church in Guatemala City is the oldest Presbyterian church in the country. The president of Guatemala, who was displeased with the Catholic church in the 1880s, asked U.S. Presbyterians, among others, to send a missionary. In their wisdom the U.S. church diverted a missionary who was scheduled to go to China. The result is the Central Church. It sits one block off the central square in Guatemala City, and its next-door neighbor is the residence for the country’s president.

As the mother church for all Guatemala Presbyterian churches, the Central Church continues its evangelism. They have been instrumental in founding many churches other than the one in Chajul. Their pastor, Jenner Miranda, is a mover and shaker in the national church. The church has been incredibly welcoming to us, and our mission teams have regularly worshiped in the church. Also, members of the Central Church, including Pastor Jenner, usually have accompanied us on the long ride to Chajul and worked alongside us when we got there. A team from Central Church goes to Chajul at least five times a year. For example, they take a vacation bible school to Chajul every December, and they sent people to give engineering advice to the Chajul church before they embarked on their building projects.

The three-way partnership we have works in large part because the Central Church is our ears and eyes in Guatemala as well as our fiscal agent. All of the money we send to support the school and our other activities is funneled through the Central Church and accounted for by a very dedicated financial secretary. We always share a meal with them when we go to Guatemala City. It is wonderful that meetings of their mission committee we’ve attended felt like meetings in our own church. We are so fortunate to have found these partners.

If you are interested in learning more about our Guatemala mission effort, contact Nancy Archibald, Chair of the Global Mission Ministry. 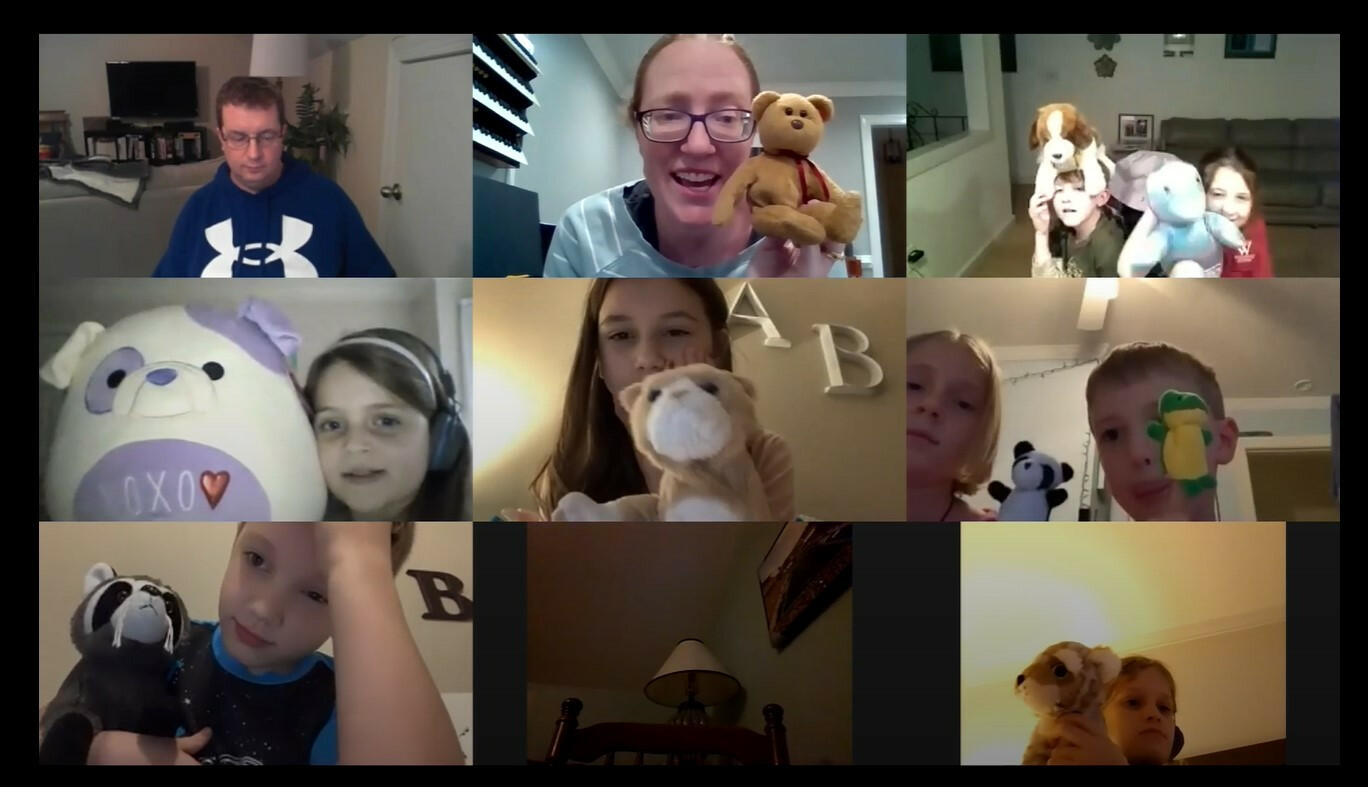 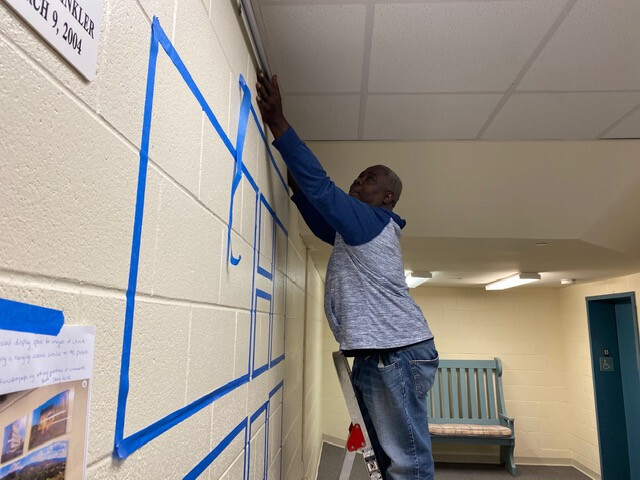 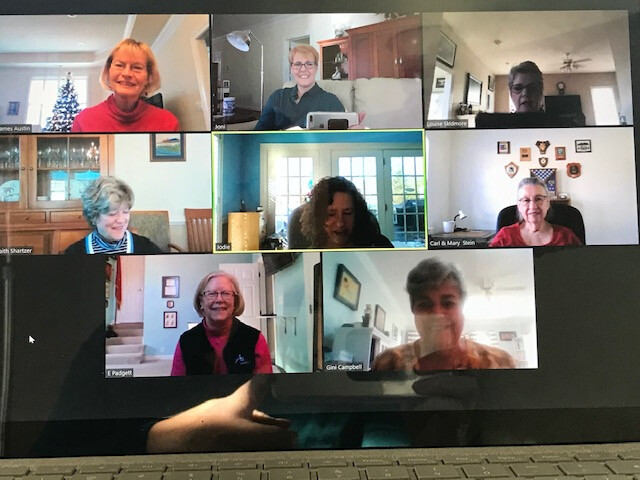